THE SAPS LONG AWAITED NEW ALBUM, “EASY ON THE HEART, TOUGH ON THE LIP” IS OUT NOW! 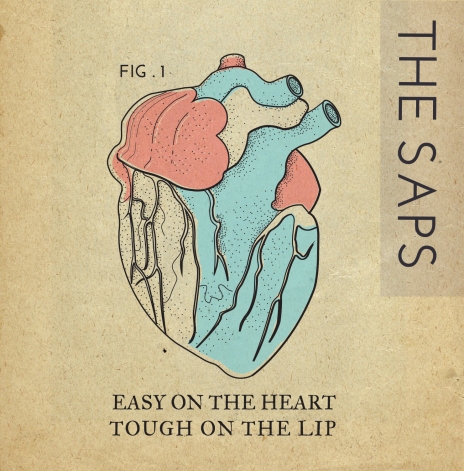 Thank you for coming to see us through our 20 year history!  Stay tuned for updates on shows.  For now sign up to our mailing list and we’ll let you know when we’re playing again.

The Saps are a hard-hitting, legendary Rock n Roll band that have played and toured for fans all around the country.  During their first three releases 1..2..3.. Drink, Finally A band you can Trust and Undesirable (known to old school Saps fans from back in the ‘days of debauchery’) The Saps music and scene have been spreading one town at a time for almost 20 years.

2006 saw the release of the Saps multi-single record C’mon Already Start a Fire.   They were instantly recognized as more than a drunk party band that drew crowds of like-minded college kids.   Hits from C’mon Already have been used for movies, TV shows and games as well as climbing on the college radio charts!

The Saps are The Saps, four musicians writing and performing top notch Pop songs while totally boozed up and inebriated in studio and on stage.   With their “play from the floor drunk” mentality, The Saps have always played their shows the way they wanted to. Whether starting a shot glass breaking frenzy in Bloomington, IL or pulling down the clubs ceiling in Knoxville, TN, The Saps have lived on to create another album:

Please join us in the celebration of another alcohol fueled, Saps extravaganza.

This record is for you guys as much as its for us. Enjoy!!

I want you to mistreat me…

That shirt never stays on…